Megan Is Missing: What You Should Know about the Latest TikTok Risk 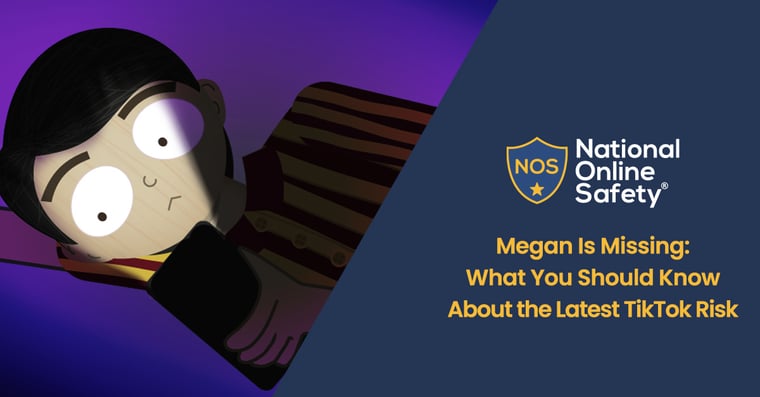 Most of us know TikTok: the bite-size video-sharing package ‘blew up’ (to borrow its own terminology) in 2018 and quickly became one of the world’s most downloaded apps.

There are now 800 million TikTok profiles globally, almost half of them (41%) in the 16–24 bracket: and though TikTok itself advises a minimum age of 13 to access the platform, some children as young as 10 are confirmed to use it.

In recent weeks, this little-known, lo-fi shocker has unexpectedly resurfaced through the social media powerhouse. And the TikTok community – used to a diet of dancing, pranks and lip-sync videos – has been understandably traumatised by the scenes of child abuse, mutilation and murder.

What is Megan is Missing?

The story of a 14-year-old California girl who is abducted by a man she meets online, Megan Is Missing was originally shot in 2006. The filmmakers struggled to find a distributor for such contentious material, however, and the movie wasn’t actually released until five years later. Shot in just a single week, it’s presented as ‘found footage’ (think Blair Witch orParanormal Activity) with everything we see having supposedly been captured by grainy CCTV or on characters’ phones, camcorders and webcams.

In the film, Megan disappears after arranging a date with someone she meets online, who claims to be a 17-year-old skateboarder but is revealed to be an older internet predator. Her friend Amy attempts to track Megan down and events take an even more distressing turn. Graphic violence is inflicted on the child protagonists. There are protracted scenes of torture and sexual abuse, which the abductor records for circulation on the dark web. Even the reviewer from HorrorNet.com conceded he felt the final 20 minutes “went a little overboard”.

The film is still banned in New Zealand.

Who made the film?

Megan Is Missing was the brainchild of writer and director Michael Goi, who has previously stated that he intended the movie to be a cautionary tale about the danger of engaging with strangers online.

The explicit and violent content does seem to have caused him concern at the time – when Megan Is Missing was being filmed, Goi requested that the young cast’s parents stayed on the set so that they were fully aware of their children's involvement.

Why has it been posted on TikTok?

There’s no current consensus as to why Megan is Missing has undergone a 2020 resurrection on TikTok, aside for the fact that each new generation tends to find a fascination with pop culture from slightly ‘before their time’. It’s possibly a macabre twist on a TikTok challenge, with viewers competing to see how much of the film they can stand before turning it off.

What isn’t in dispute, however, is the overwhelming revulsion that unsuspecting TikTokkers felt having watched the movie: “absolutely horrible and repugnant” … “can’t stop crying and I feel sick to my stomach” … “it’s horrifying.” It’s worth noting at this point that, when a user swipes down on TikTok to view a forthcoming clip, they have little or no control over which video they’re shown next.

Director Michael Goi even joined TikTok himself (apparently in response to the trend) to alert users that the film’s images are extremely upsetting and disturbing. Nevertheless, possibly due to morbid curiosity, the hashtag #meganismissing has now amassed some 83 million views, as users shared reaction videos and warnings. It subsequently crossed platforms to Twitter, where the deceptively innocuous hashtag #Megan was trending by late November.

Getting money out of a Head Teacher is a specialist skill; however, if you have any powers in this area whatsoever, please use them to make sure that your school invests in quality resources to help support the whole school community with regards to online safety.

Due to the fact that the online world is ever changing, it is crucial that everyone receives training periodically – teachers, support staff, governors, parents – each of these groups of people need to be up-to-date with current risks and dangers to our children. The best way to this is make sure that they have access to quality training that will build their confidence in dealing with matters online.

Children are also very aware of out-of-date lesson plans – one mention of Facebook and you will have lost the attention of half of your class. You may as well throw in MySpace and end the lesson there and then.

Keeping on top of new apps and games is an exhausting task at times. Once you have got used to one platform, the next one is just around the corner ready to take its place. It isn’t fair to expect teachers to update their lesson plans yearly to ensure that they are up to speed with advancements.

It is better to empower your staff by giving them access to plans that will engage children and take the teacher through the steps of a lesson where they may feel unconfident about the content.

How can National Online Safety help support you?

National Online Safety is dedicated to keeping children safe online through education, training and updates which empower the whole school community. Our parent courses, explainer videos, webinars and online safety guides are developed by nationally recognised experts to provide you with support, advice and guidance.

In view of the story covered in this blog, you may find it useful to access some of our online safety guides to related subjects:

You can get free access to our award-winning resources through your smartphone by downloading the National Online Safety app. It’s available now from the App Store or Google Play.

If you work in education and you’d like to explore how a membership package could benefit your school, you can book a demonstration and take the next step to joining our school community. 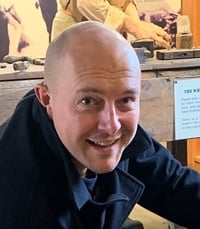 DSLs: How Upgrading to our Certified School Membership Can Lighten the Load

In these testing times, the role of a Designated Safeguarding Lead (DSL) has never been more important. With many...

What is Online Safety?

Safer Internet day will be celebrated globally tomorrow. The theme for this year is ‘Together for a better internet.’...

If you’re looking to create an online safety policy, the chances are that you’ve already looked at plenty of templates...

An Online Safety Advisor will be in touch within 24 hours

As part of our #WakeUpWednesday campaign we add a new platform guide every week for schools to share with parents.